In mid-August 1910, Erwin Herrmann and Otto Vogel founded the Herrmann & Vogel company in Opava, a haberdashery store. Erwin and Otto had previously worked for Breda & Weinstein as business travelers, but decided to become independent, which Erwin's father, Hugo Herrmann, a respected Opava businessman, helped financially for the two young men. A year later, the Herrmann & Vogel company prospered, as evidenced by a document from December 1911. This is information about Erwin Herrmann, which was ordered by a certain Adolf Brünner, whose daughter probably considered marrying Erwin. In the end, Erwin Herrmann did not start a family with Miss Brünner, but the report addressed to her father provides interesting information not only about Mr. Herrmann and the company, but also about the time and ways of dating in higher society. According to the report, Erwin Herrmann is a man who lives primarily for business. He is an educated, successful and respected citizen of Opava, whose good reputation extends beyond the city limits. Apart from the property situation and the assurance that the future Mrs. Herrmann will not be forced to work, the lawyer does not forget to mention Erwin's interests, which, in addition to the company, include theater, especially operas and concerts. His love of music accompanied him throughout his life and culminated in his marriage to a beautiful Viennese opera singer, not to mention the fact that daughter Eva Herrmannová, their only child, became the head of the National Theater in Prague after the Velvet Revolution.

But back to the Herrmann & Vogel company, which survived the First World War and immediately after its end, it expanded its operations by purchasing space in Hrnčířská Street and continued to grow. Unfortunately, another large investment took place at an unfavorable time. Very soon after the further expansion of the well-known and popular department store and investments, which depleted almost all corporate reserves, came the global economic crisis. In 1930, sales began to decline and even all measures to reduce costs failed to save the company from bankruptcy. In 1934, Herrmann & Vogel went bankrupt. The report on insolvency proceedings, prepared by Opava lawyer Robert Steckler, highlights the efforts of both owners to save the company and their immediate, witty response to the global economic crisis; however, given previous investments that had exhausted all financial reserves, there was no chance of overcoming the crisis. The company managed to pay out more than half of the amount owed to creditors, and the department store was even reopened. Mrs. Katti Herrmann, the beautiful opera singer Erwin married, was to have a great deal to contribute to this success. Long before the crisis, Mrs. Vogel received a large pocket money from the company, and Mrs. Herrmann therefore also applied for her share, which soon began to be paid to her. However, Mrs. Katti saved the money, and when deciding on the future of the company, she donated that significant amount to her husband. Herrmann & Vogel thus survived the first two difficult moments that Europe encountered in the 20th century. However, the First World War and the Great Depression proved to be only minor complications in comparison with what the company and the families of its owners were to meet later. 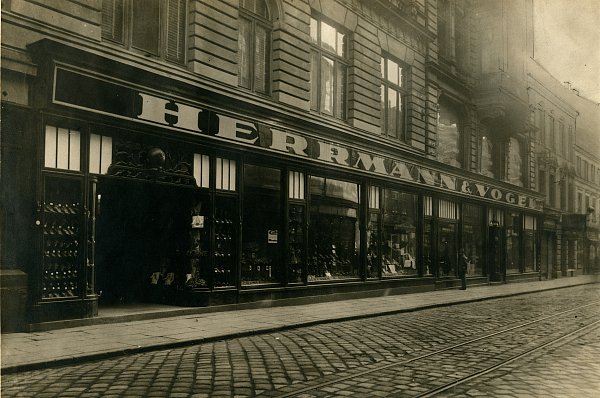 After Adolf Hitler came to power, and especially after the Munich Agreement, which gave the Sudetenland to Nazi Germany, Herrmann, as a Jewish family, had to leave the department store and his home in Opava and flee only part of the goods to Prostějov, where they hoped to survive the rest. of war. Eva Herrmann recalls how her father Erwin downplayed the whole situation and objected that nothing terrible could happen, that they lived in the 20th century and that he is a respected Opava citizen, whom everyone on the street greets warmly. At the time, he had no idea how wrong he was. He did not break it until 1942, when he was forced to take his old parents to the station, where a transport was waiting for them. Hugo Herrmann, an 87-year-old businessman who left his son's new company 32 years earlier, left for Terezín. Mr. Hugo Herrmann survived in the concentration camp for only two months, and his wife Fanny died shortly after. In June 1943, Erwin's only daughter, Eva, also had to board the transport. Mrs. Katti, who was an Austrian Christian and could prove her Aryan origins, tried her best to save her family. In the end, however, she managed to save only her husband from the transport, she was able to negotiate with her daughter only a three-day postponement of the deportation and a promise that she would not be transferred from Terezín to other places. In the end, Eva, as one of the few family members, survived the war, after the liberation of Terezín she found only parents at home. She later found out that her cousin Heinz, who survived through Terezín, Auschwitz and Dachau, eventually survived to Haifa, Israel, where he started the family. A cousin, who was found in a poor but alive state in the Bergen-Belsen camp, also returned home. However, she could no longer have a family. 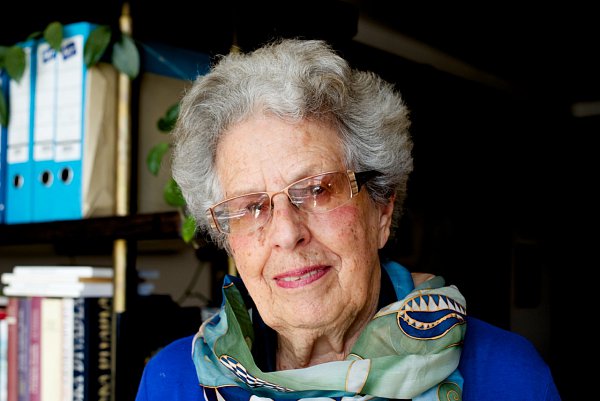 The company, which renamed Herrmann & Vogel in June 2000 and thus continued its long family history, was originally named Robert Placzek and was a branch of an Austrian company operating in many European countries. Michal Popov has been the managing director of the Prague branch since 1995, and the moment Robert Placzek decided to change its structure and abolish its foreign representation, Michal Popov bought his Czech branch from it and changed its name to Herrmann & Vogel. The new brand name, which Erwin Herrmann founded in 1910, is engaged in the trade of wood products and offers its customers a long tradition and high professionalism of all employees.